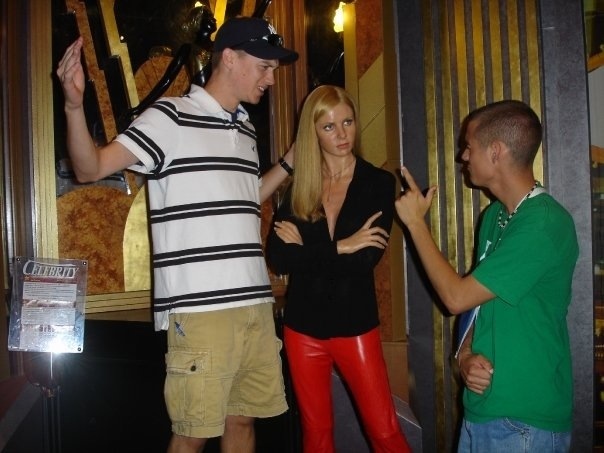 Every journey begins with an idea. A purpose. For some, a justification. The idea sparks creativity. The world’s a blank canvas; the idea’s contextual backdrop’s the brush. Some ideas are hilarious and make for good conversations: A drunken night in a subpar Boston pizza shop that led to a NYC road trip; repulsive girls at a Lake Champlain beach transformed itself into a weekend in Miami. Other ideas are more serious; people laugh at your sensitivity or at your perceived weakness rather than the story itself. This idea…this journey…is the latter. It is a journey that will end with clarity, but began years earlier.

Growing up a Joiner is to accept certain life-course concepts as absolute facts; (1) Family always comes first. No exceptions. After family is taken care of, extend a hand to everyone else; if you get bit, move on, but never stop helping others. Lastly, take care of yourself; but only if everyone else is content. (2) stick to your morals and earn your way through life; make your own opportunities and seize them (3) when you turn 18, it’s either a four year college or the military. Period.

In the summer of 2003, I enrolled at Bloomsburg Univeristy, while my cousin Brian enlisted in the Air Force. Growing up together, we were so much alike. I was smart-ass and he was smart-asser. Being around us was brutal; it mean getting an infamous Joiner verbal beating. Nothing was off limits and one was instigated by the other. We chose separate paths but were envious of the other. He was jealous of my lax college lifestyle and I was jealous of his life of adventure.

Over the next six years we tried to speak at least once a day; whether by phone, email, or at the time, instant messenger. He’d tell me about the youth baseball team he was coaching in Afghanistan or the trip he took on the ‘Whisky Trail’. One day he called and said, “I got a promotion, now I can write messages on the bombs the A-10 warthogs carry!” The excitement in his voice was unmistakable. We thought for some time and both agreed on a parsimonious phrase, “payback’s a bitch”. (see photo) 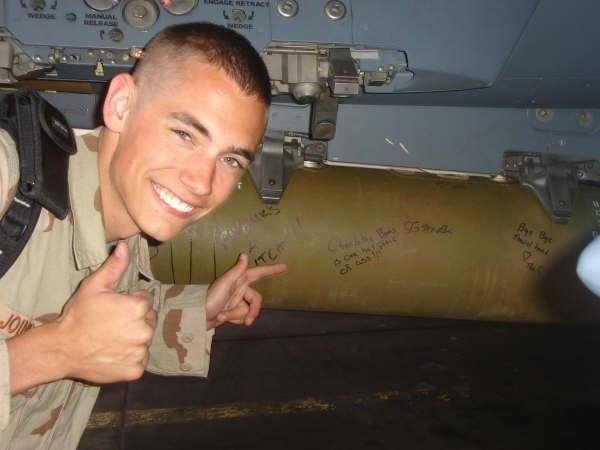 In August of 2009, after being stationed in Texas, North Carolina, England, Afghanistan, and a few other countries in Jihad-istan, there was only one way to welcome him home…Vegas. Toward the end of the month, I flew out to Vegas and spent a little over a week there. We wrecked the city the only way two nerdy white boys knew how; we got tossed from NY NY for arguing that ‘the worlds best cannoli’ sign was misleading and a flat out lie, we got chased by homeless hookers, and we bet on Austrian Dog Racing so we could get enough money to escape Fremont Street.

Perhaps influenced partially by his patriotic pride, my passion for traveling, and a little bit of that Vegas liquor everyone spoke of, we stumbled upon an idea; “next summer we’re renting a car and driving around the west coast”. As my cousin Brian dropped me off at the airport, he looked at me and said, “western road trip”; as he began to drive away I replied “yea, it’s happening.”

During the next month and a half we discussed our future road trip; we could stop in San Fran, San Diego, Reno, Phoenix, anywhere we wanted. We’d have no agenda, no rules, no complaining and most importantly, no structure. We officially planned the trip for Summer 2010.

I’ll never forget that cold October day in 2009. It was a Thursday evening. I had just gotten home from visiting my grandma in the hospital; she got sick a month earlier. It was just my mom and I. She was upstairs doing school work; I went outside. To free my mind I turned on my iPod an began raking the yard. My music choice that day was “Cold”; more specifically, the album, “A Different Kind of Pain”. Having moved back home from Boston a month earlier, it was easy to relate to my life through music.

I was nearly finished with the yard, pushing the last piles of leaves onto the worn blue tarp, when my phone rang. I reached into the pouch of by “Boston Nike Town” sweatshirt and pulled out my phone. why is Aunt Nancy calling me now?? “Hello?” I asked inquisitively. “No, my dad’s not home; he’s working late tonight.” “what!?! hold on” as I aggressively yanked off my headphones. “Brian’s dead!?!”. I was speechless, scared, confused. Now it was my job to break the news to my family; for Halloween this year, I’d have to be a pallbearer at my cousin’s military funeral. To my surprise, I’d repeat the job assignment a week later at my grandma’s funeral; Then again two months later for my grandfather. To escape all this, I submersed myself in my new job, working hard, trying to forget these events.

It took a family reunion a couple weeks ago to realize what I’ve missed out ob the last three years. As we all sat around the outdoor patio, like we’ve done so many years before, people began asking me about my cousin Brian. They wanted me to retell the funny stories he once told me, they asked me questions, and most importantly we laughed. 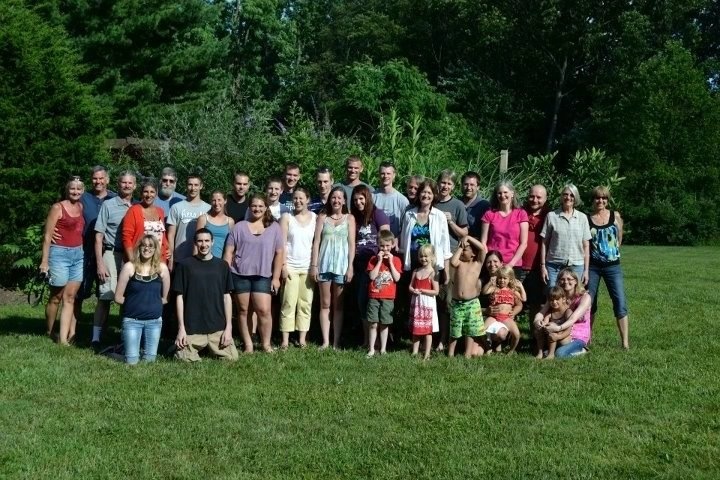 (Most of the Joiner Family)

I was reminded of the trip we once planned, our Western American Tour, where we promised we’d get drunk and piss all over the outside of Dodger’s Stadium in Los Angeles; Brian hated the Dodgers! I was reminded, and convinced, that this trip had to happen; it’s long overdue. It’s methodology is the same: no agenda, no rules, no complaining, no structure. It’s officially happening. The Journey’s Real.